The 5-year-old son of leading sire Favorite Cartel, out of the Stoli mare Ancient Empress, will stand at Robicheaux Ranch in Breaux Bridge, Louisiana. His fee will be announced at a later date.

"We are excited for Tarzanito to start his career at Robicheaux Ranch," manager Ryan Robicheaux said Monday. "By 2019 leading sire, Favorite Cartel, Tarzanito, brings a unique outcross to Louisiana. Adding the Champion and Grade 1 winner to our stallion lineup could not have come at a better time, as Louisiana adds yet another $1 Million race for 2020."

Bred in California by Patricia Visscher, Tarzanito won or placed in 17 of 25 career starts, earning $408,407. He was named the AQHA Racing Champion Aged Stallion in 2018, following a season that included winning the Grade 1 Go Man Go Handicap and placing in the three other Grade 1 races at Los Alamitos Race Course, defeating the likes of AQHA Champions Hold Air Hostage, Zoomin For Spuds, and Heza Dash A Fire. 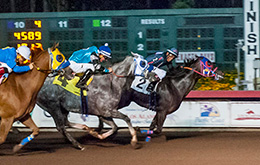 His sire, Grade 1 winner Favorite Cartel SI 105, is currently the #2 Leading Sire of Money Earners in 2019 with over $4 million dollars to date. From only five crops to reach racing age the son of Thoroughbred racing's Horse of the Year Favorite Trick (TB) is the sire of 288 winners (60%), 99 stakes horses (21%), earners of more than $12 million with average earnings per starter of $25,850. 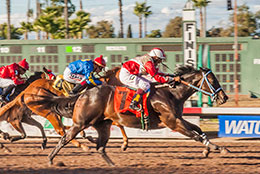 For additional information or breeding contacts call Ryan Robicheaux at 337-845-5130.