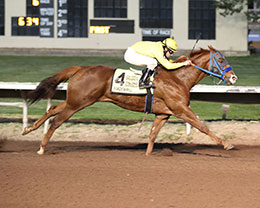 The 6-year-old son of multiple stakes sire Jess Jones settled on the rail early before making an impressive move to the outside coming off the turn, surpassing the early leaders and rolling to a 2-½ length win. He completed the 870 yards in a quick :44.684 clocking, to break the previous track record of :43.866 seconds established September 2, 2016 by Tty From Mr Pye. He earned a career high 111 speed index.

Trainer Bernard Baca saddled Madewell to his fourth consecutive win over The Downs racing surface for owner-breeders Ray and Davy Madewell. The Oklahoma-bred from the A Streak Of Cash mare Streakin Peacock earned $44,936 to boost his career earning total to $234,280. 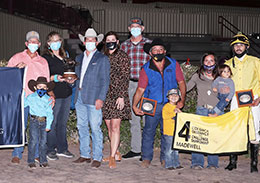 High On Chablis, Higher Flyin Eagle, Edelman, Ms Esther and Cm Once In A Bluemoon completed the field.