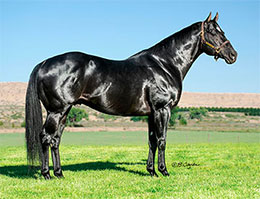 W.L. Moring. who operates Double LL Farm, with his wife Dee, told TRACK Magazine's Monday Report "We're excited about having the horse in New Mexico. I remember seeing Jet Black Patriot almost win the All American, and I have admired his since that time. He will fit in the New Mexico-bred program perfectly." 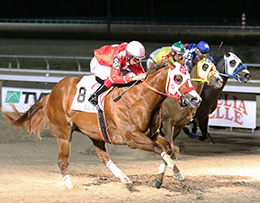 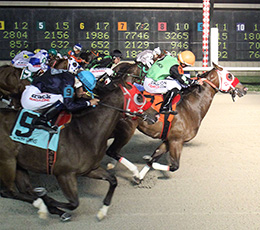 Tdz Jet Black Down, under veteran jockey John Hamilton, winning the 2019 $369,405 Louisiana Laddie Futurity (RG2) at Delta Downs. © Coady Photography
Mooring went on to say, "Over the years, our stallions have shown up well on the national scene and we believe Jet Black Patriot will do the same thing."

Bred and raced by Richard and Janelle Simon, Jet Black Patriot won or placed in eight of nine career starts and earned $876,921. He won the Louisiana QHBA Futurity(RG1), Lee Berwick Futurity(RG1), Mardi Gras Futurity(RG2) and was second in the All American Futurity(G1). He was also 4th in the Grade 1 Southwest Juvenile Championship at Zia Park.

In 32 years of racing in Louisiana, Jet Black Patriot is one of only two horses to capture the Louisiana Triple Crown (Mardi Gras, Lee Berwick and LQHBA Million futurities).

According to Double LL Farm his 2020 fee will be announced later. For additional information or breeding contracts call 505-864-2485.