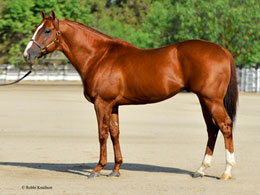 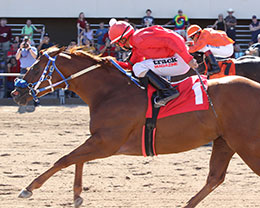 Stray Cat is the only stakes winning Quarter Horse sired by leading Thoroughbred sire Storm Cat. A son of Storm Bird, out of the graded stakes-winning Secretariat mare Terlingua, Storm Cat was bred and raced by William T. Young. During his racing career, Storm Cat captured the Young America Stakes (gr. I) and finished second in the 1985 Breeders' Cup Juvenile (gr. I) on the way to $570,610 in career earnings.

Through the advances of artificial insemination and a special fertility procedure developed at Texas A&M University, Storm Cat was made available to the Quarter Horse public for the first time in 2009.