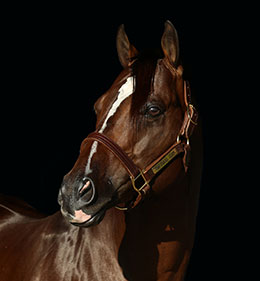 The 6-year-old son of leading sire Pyc Paint Your Wagon out of the Shazoom mare Signs Zoomer was purchased from Whitmire Ranch. Bred by Tom Lepic, The Fiscal Cliff won or placed in 20 of 26 career starts earning $580,425. He was named AQHA Racing's Champion Aged Stallion for 2017.

The 8-time black type winner is the only champion son of Pyc Paint Your Wagon.

The Fiscal Cliff's biggest win came in the 2017 $345,000 Grade 1 Bank of Challenge Championship at Prairie Meadows, which he won by one-length over such runners as Ajs High, Rockin Disco and Mr Pyc To You. 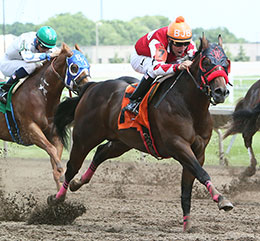