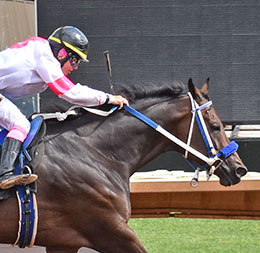 Illtakeyouforaride, a 5-year-old son of champion FDD Dynasty and a stakes winner during the Ruidoso Downs summer meet, drew post 7 and will be ridden by Kelsi Purcell. Trained by Mike Joiner for a partnership, the brown gelding won both of his outs at Ruidoso, including the 870-yard, $20,000 Bill Reed Memorial Stakes on August 31.

Mahoney N Tacklebery drew the rail post and will be ridden by Ry Eikleberry.

The complete lineup, in post position order including jockey assignments and morning-line odds:

All Zia Park races can be seen at Q-RacingVideo.com.