Voters Approve First Step Toward New East Texas Track
The proposed track is expected to be near Beaumont, Texas. 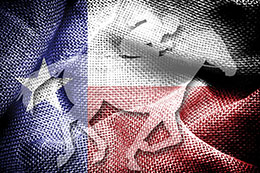 Passage of the propositions is the first major step for a group of investors looking to establish a new racetrack in East Texas.

"Now the state of Texas will officially be able to open the process, which is about a four-to-six-month process," Kevin Johnson, a consultant working with the track investors, told 12News, an ABC-NBC affiliate in Beaumont, following the election. "We hope that by June of next year that we have everything in place."

A specific location of the track has not been announced, however Johnson told 12News the investor group is looking for approximately 14 acres southwest of Beaumont, along Interstate 10 between the city and Highway 365.

While the racetrack investors have not submitted a license application to the Texas Racing Commission, industry leaders familiar with the project indicate the group will request a Class 2 license. Texas State law does not restrict the number of Class 2 licenses that may be issued. There are three Class 1 tracks, Lone Star Park, Sam Houston Race Park, and Retama Park, currently in Texas.

A Class 2 license is required to provide "reasonable access" to Thoroughbreds, Quarter Horses, Arabians, and Paints.

Johnson told 12 News it could take four to six months for the license application approval, however Robert Elrod, a TRC spokesman, said that timetable is "probably very optimistic."

Once the application period is open, the Jefferson County racetrack investors are required to pay $98,000 up front to cover the cost of processing their application.

After the completion of these administrative requirements, the license is scheduled for discussion and consideration during a regularly scheduled TRC meeting, open to the public for comment.

If the racetrack gets built near Beaumont, it will sit at the crossroads of several active racetracks. It will be 38 miles from Delta Downs and 152 miles from Evangeline Downs in Louisiana and about 100 miles from Sam Houston Race Park in north Houston.