Minnesota Legislature Passes A Bill To Assist State's Racetracks
The Minnesota legislature has passed a bill to assist the state's racetracks, including Canterbury Park. 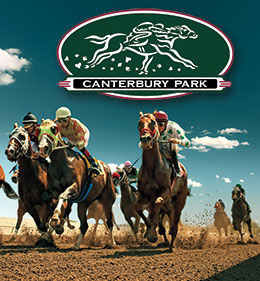 Minnesota Legislature Passes A Bill To Assist State's Racetracks
SAINT PAUL, MNMAY 19, 2020The Minnesota legislature has passed a bill that temporarily lowers the portion of regulatory fees that the states' racetracks must pay and reduces the number of race dates needed to offer wagering on card games.

The Minneapolis Star Tribune reported on Monday that previous language required 50 or more dates, but the bill allows the state's tracks -- including Canterbury Park in Shakopee -- to run less dates in the face of "circumstances beyond the licensee's control."

The bill passed the state senate by a 65-2 vote on Sunday, after it was approved by a 97-34 vote in the state house on Friday.

Canterbury Park is scheduled to begin a 52-date Thoroughbred and Quarter Horse meet on June 10. Both Canterbury Park and the Running Aces harness track in Columbus must receive government approval to open, and both expect to race with no spectators or limited attendance.