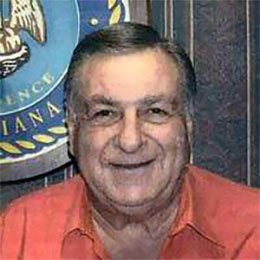 Morein, passed away peacefully on Wednesday Feb 17, 2021 at his residence.

Morein was born in Ville Platte, La on September 10, 1939 to Claude and Florence Morein. After graduating from Ville Platte High School in 1957, his law enforcement career began. Wayne joined the U.S Army and worked as a police officer for 2 years.

He dedicated his life to the Law Enforcement profession. In 1961, He was hired on with the L.A State Police.

Through the next 25 years he worked his way through the rankings. He started as a trooper then was appointed to the position of Sergeant and then Lieutenant. In 1977, Wayne was named Captain, troop commander of Troop K.

In 1981, Morein was promoted to Major in Region II, Lafayette area. He was in charge of 300 troopers and 17 parishes. Wayne remained in that position for 5 years before retiring. Wayne quickly realized his law enforcement had not yet been fulfilled.

Morein accomplished many goals. The construction of a new jail and the parish's communication system known as 911 were the two projects he was most proud of. He retired as Sheriff of Evangeline Parish on Feb. 29, 2008. Wayne then accepted a position on parole board under Governor Bobby Jindal.

He served on the Parole Board in Baton Rouge for 3 years. Finally in 2012, after 45 years, his law enforcement career was fulfilled.

Morein was a longtime member of the Louisiana Quarter Horse Breeders' Association.

He is preceded in death by his parents Claude and Florence Morein, wife Sue Morein, brother Gene Morein and sister in law Ettavee Morein. The guestbook can be signed online at lavillefuneralhome.net.